According to Luke by Gerry Stembridge

Some time ago i had the pleasure of illustrating the serialised novel According to Luke by Gerry Stembridge. This appeared monthly in The Dubliner magazine and was later published by Penguin Ireland . I thought it's be nice to post them all up together. 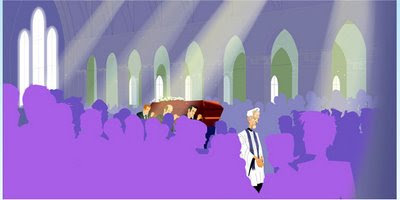 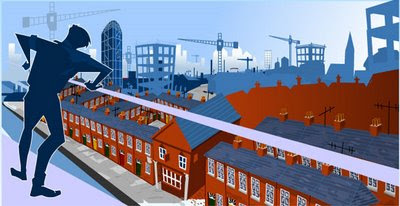 At thirty, Luke Reid seems to have an enviable life. He is a child of the leafy suburbs, attractive - in an understated way, tolerant and erudite, socially assured, professionally successful, romantically settled. In short, a textbook example of upper middle class contentment. But in his thirty-first year, Luke feels a strange new emotion - shame - when his father, Frank, a leading barrister, is implicated in decades of political sleaze. Unlike his mother, older sister and teenage brother, who try to ignore the whole sordid business, and unlike his younger sister, made helpless by the thought that her Daddy could do wrong, Luke decides to tackle the cancer of corruption head-on. He becomes a self-appointed campaigner for restorative justice, trying to make good the damage his father has done. His actions are unpredictable, shocking and life-altering - not just for himself, but for all those close to him. According to Luke is a scintillating novel that gets under the skin of contemporary Ireland, a darkly comic moral tale, sizzling with ironic implications, about the abuse of privilege and the folly of human nature.
Posted by PullingPictures at 7:39 AM